Haitao Yu will be teaching the Specialization Track ‘Scaling-up Rural and Community-Driven Entrepreneurship’ on July 25 at the TFF Academy. 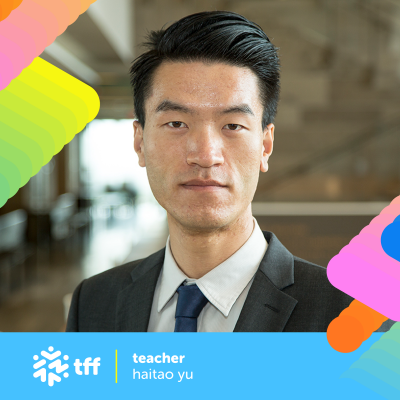 Haitao has committed himself in making the world better and had been working in the field of sustainability in China, France, US and Cambodia for two years before coming back to academia.

In Ancient Futures, Hodge described how Ladakh (or “Little Tibet”), a substantive social system in northern India, collapsed from a system of pristine environment and happy people into a system full of problems accompanied by the introduction of Western-style development projects. In this process, inappropriate economic activities overrode the traditional worldview of community solidarity, self-sufficiency and ecological harmony and changed how people individually and collectively live their lives.

Since the end of World War II, development’s ends have been seen to justify the means, despite some unexpected social and ecological consequences like inequality and pollution.

Today, however, an alternative model of development, sustainable development (SD), has been proposed and accepted. SD emphasizes more about how we survive the future, arguing a balance between meeting the needs of the present and those of the future.

The Specialization Track at the TFF Academy intends to illustrate an SD model by using a case study of Norlha Textiles, a community-based business that serves nomads in a transitioning era on the Tibetan plateau. Norlha is a luxury company that designs, produces and sells yak wool textiles made by nomads on the Tibetan Plateau.

The company was created in 2007 with the mission to help Tibetan nomads to adapt to the fast-changing modern world while preserving their traditional landscape and culture by capitalizing local raw materials into high value-added products that can last for generations. The Norlha atelier is located at Ritoma, a village at 3200 meters above the sea level in West China. By 2018, the company employs around 10% of the local population through selling textile products in the global luxury market.

What you will learn:

Curious to travel – at least virtually – to the rural communities of Ladakh?  Join this fascinating Specialization Track, curated and moderated by Haitao Yu at the TFF Academy this July.