A conversation with Mush’ab Nursantio, Founder and CEO of Biteback and Mashita Fajri, Founder of EconoodlE.

Mush’ab Nursantio and Mashita Fajri will be leading a Specialization Track on the new foods movement at the TFF Academy.

Tell us a little bit about yourself, your missions and how you’re connected to TFF. 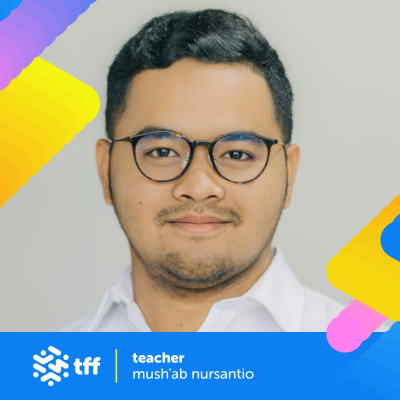 Mushab: I’m the founder and CEO of Biteback, an insect biorefinery company creating a more sustainable alternative to palm oil.

Biteback was a runner up at 2016 TFF global challenge and I’ve been involved with TFF community as global Ambassador ever since and this year as Next Gen Council member. 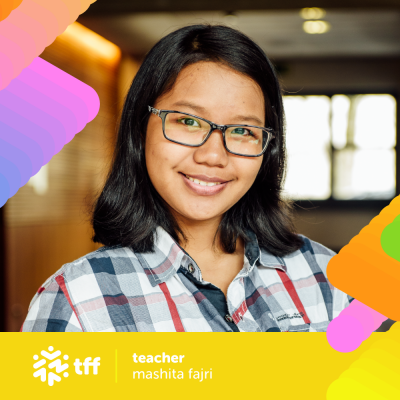 Mashita: I’m currently working as one of TFF Next Gen Council Members. I also was one of the Finalists of TFF Challenge in 2015 in Switzerland with my startup EconoodlE. I learned about TFF when I was in my first year of college and believe it or not, I didn’t know anything about agriculture or even our food system at that time. After I did my research for EconoodlE, I attended the TFF Summit, and became part of TFF Community, which helped me learn a lot and realize that our food system is not merely okay.

What is it that drives you and the work you do, on a daily basis?

Mush’ab: Today we’re witnessing how the technological advancement and globalization affecting our food system by increasing food production at the same time decreasing food prices. Unfortunately, the low food prices don’t show the hidden cost in terms of environmental impacts, health, and over all wellbeing of our society. The poor labor practice, high energy consumption, deforestation, and polluted water sources are cost us more than the money we saved or the convenience of maintaining our current diet.

Mashita: One of the most interesting issues for me is the usage of fertilizer and pesticides. Both are essential and addictive, that we know. However, excessive use of fertilizer will cause the next generation require an even higher dose, leading to algae bloom and ground water pollution. While improper use of pesticides will cause pests to become resistant and its residue apparently may cause respiration disease to farmers. These are just two example of problems that need to be solved immediately before it getting worse in the future.

Can you share 3 examples of impactful food tech innovations that help solving the challenge of food security?

Mush’ab: The same advancement that drives the current practice of growing food is also creating the opportunity for a better alternative. While people can easily get information on the bigger impacts of foods they consume, the industry can improve by introducing novel foods in order to diversify and balance the consumption. This also creates the opportunity for innovators to come up with new solutions by developing new foods that don’t have a significant history of consumption for people globally or is produced by a method that has not been previously been used for food. Some examples are Plant based meat alternatives, insect based products, and cellular agriculture.

A recent Ketchum survey found 62% of Americans are likely to try a food made using technology, rising to 71% among millennials. How would you evaluate the potential and scalability of something like an ‚Impossible burger‘ etc.?

Mushab: The current innovations and alternatives like impossible foods, Memphis meat, Just, or Biteback have a key role in educating consumers and help to bring more options to the market in order to diversify its consumption. As the market changed, we’ll see more capital and innovation coming to the new food space.

Mashita: With the increasing willingness of Americans (including millennials) to try new food, based on emerging technology, scientific research and we shouldn’t be shy to develop new foods from various ingredients into creative forms – since people would love to try it! It also means that the society would have to stop being too sceptical about food innovation and support scientists to make the world better.

In order to enable this ‚new food movement’ globally, how will our economical system need to change? Give us your future scenarios!

Where are the boundaries of food tech innovation, if at all? Which aspects need to be considered when inventing new foods?

Mushab: The key boundaries are consumer acceptance and socio-economics of traditional producers. For consumer acceptance, although it’s still a challenge but with the current information technology it’s never been easier to get our message across to people. For food innovators it’s important to build a strong story and heavily invest in consumer interests. The impact of our innovation to livelihood of traditional producer has to be considered too.

We need to see how our technology could be an enabler not only disruptor. For example in lab grown meat field, instead of creating 360 degree business covering all supply chain, the innovator can sell the bioreactors and having it installed in existing farms.

Mashita: When I was developing my cassava noodles, I think the boundaries were lying between the perception of the person and the new food itself. When the person thinks, that the new food is not going to work because it looks and smell different from the usual, as it’s made of uncommon ingredients, or just lacks a sophisticated packaging, the developer will face more struggle to proof that his/her innovation is actually works.

Could you share a little teaser to what we may learn at your Specialization Track on New Foods at the TFF Academy 2018?

Mush’ab and Mashita: We are really excited to be a teacher and curating the new food program at the first ever TFF Academy in Rio this year. In the new foods Specialization Track, students will be given an overview of some issues facing our food system, learn the current food innovation trends, some insights from entrepreneurs in new food space. There will be also a group discussion to explore the opportunity and challenges of new food movement.

Curious to learn more about new foods, alternative proteins and food innovation? Then join Mush’ab and Mashita at their Specialization Track at the TFF Academy this July and get your ticket today.