Think cocoa is only chocolate? 🍫We bring you Elixir Foods: a Brazilian startup developing a nutritious sweetener from cocoa waste!

Refined white sugar is loaded in the foods we love to eat , but it’s unhealthy and unsustainable. What if our sweet foods could be nourishing and empowering of regenerative cocoa growers? 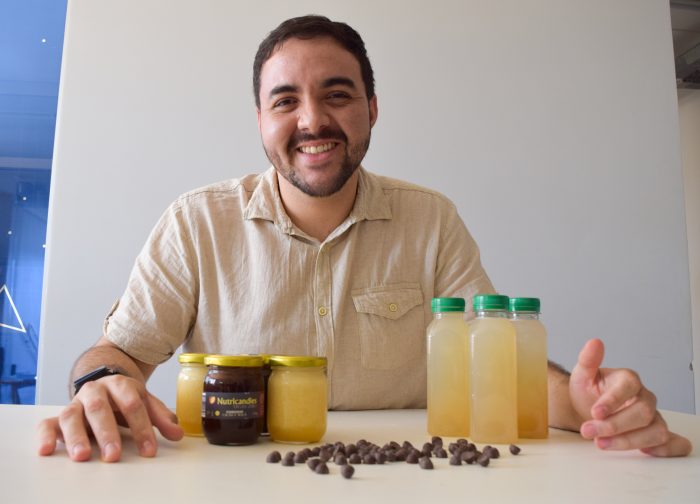 Meet Elixir Foods, our 2022 TFF Finalist from Brazil. This team is unleashing the power of cocoa honey, a nutrient-rich liquid by-product from the cocoa pod that has the potential to sweeten the global confectionery market. The marvel of implementing this type of circular economy approach in agriculture is to see how something usually seen as waste ends up being valuable for both people and the planet!

Brazil is one of the major cocoa producers in the world. In the 2021-22 growing season alone, cocoa bean production is estimated at more than 200,000 tonnes. The main use for cocoa is to make…you guessed it…chocolate. The cocoa bean is extracted, dried, fermented, processed and sold into the market where it is converted to the chocolate products we love to consume. The other 80% of the cocoa fruit (pod, pulp, shells, and liquid) is usually thrown away.

The good news is that hidden in this residual biomass lies another opportunity that’s as sweet as honey.

Cocoa honey, that is!

Cocoa honey (Theobroma cacao L) is a translucent liquid that is found within the cocoa pod. It is edible – with a sweet, slightly acidic taste – and contains high concentrations of bio-actives and minerals. Yet, cocoa honey is considered a low-value, by-product of cocoa production. Some cocoa farmers opt to freeze the liquid and drink it later, but without a proper stabilization process, it doesn’t last very long or ensure quality. Most of the time, the cocoa honey liquid is disposed in native forests, where it ends up in soil and water bodies. Large amounts of cocoa honey waste disrupts the natural microbial balance and pollutes ecosystems.

Elixir Foods became fascinated with the potential of cocoa honey as a sweet food ingredient after spending time working with regenerative cocoa farmers in Cabruca, an agroforestry-based cocoa plantation system in the northeastern state of Bahia in Brazil. In this land of abundant nature, cocoa plantations grow under the shade of the Atlantic forest amid native trees and rich and diverse local biodiversity. There was no better scenario for Elixir Foods to get inspired to develop their innovative and delicious product.

Developing a solution for the proper use of cocoa honey has not been an easy task. Normally, in less than 24 hours after processing, the antioxidants found in cocoa honey degrade significantly. Elixir Foods has therefore spent more than 2 years developing and perfecting their method to stabilize the precious liquid.

Using AI (artificial intelligence) and remote sensing, they can monitor and preserve the properties of the cocoa honey on the farm until it is transported to a processing factory. After the cocoa honey has been properly treated and stabilized, it’s goes through a refinery process that converts it into a shelf-stable, nutritious food ingredient with sweet properties. This ingredient can directly replace refined sugar in a variety of food products. Elixir Foods now converts the cocoa honey liquid into a cream formulation that can be used as a base for savory recipes and also as a sweetener. Eventually, they plan to offer the market cocoa honey in powder-form which has even more applications.

Motivated to improve people’s nutrition and overall health, while also giving us all the chance to enjoy delicious sweet foods that regenerate farm economies, Elixir Foods has a vision to completely revolutionize the food ingredient market.

Elixir Food’s cocoa honey sweetener contains natural sugars (fructose and glucose) and a rich array of vitamins like vitamin C (with levels ranging from 8-10%). It is also low in calories and has a low-glycemic index. A 50ml coffee sweetened with regular sugar contains 35 calories and no vitamin C. The same coffee sweetened with Elixir’s cocoa honey product contains just 6 calories, 2 mg of Vitamin C, and has a low glycemic index.

The target customers for Elixir Food’s cocoa honey sweetener are healthy / alternative confectionery producers. This is a rapidly-growing, global market opportunity that is projected to reach $2.8 billion by 2030. It is also an important sector to focus on when it comes to food system transformation as chronic disease from poor, sugar-laden diets is on the rise. In 2022, more than 537 million adults are living with diabetes and other insulin-related issues that increase risks for heart disease, high blood pressure and obesity. 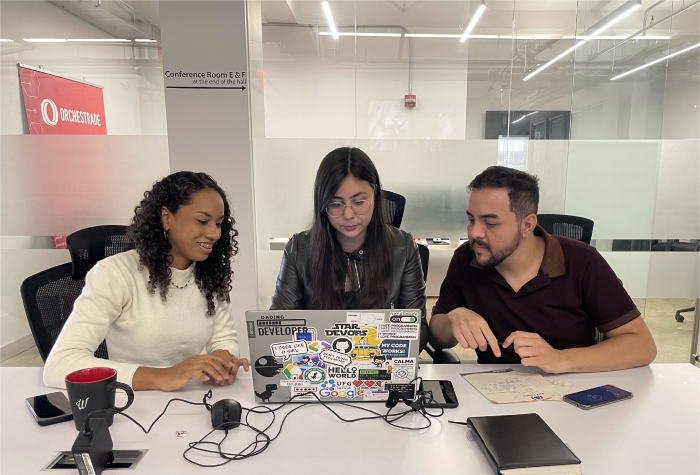 The team has been working with a variety of national and global partners, including bakers and flavoring businesses, to test different food applications – and the results have been outstanding. The Elixir Foods cocoa-honey cream product (Cream Elixir) has shown to be a reliable food ingredient, with consistent performance as well versatility. For example, it can be used as a base cream for different recipes like stroganoff and as fillings for cakes. With powder, more applications can be unlocked!

They are also continuing the product development and testing required to commercialize the product and launch in the market within the next year. They see a future where they could license their product formulas to other industries and companies. One of their tests is exploring how the fermentation process they are using can also convert cocoa honey into bioethanol, potentially unlocking another revenue stream.

While others in Brazil are starting to look at cocoa honey applications in food, what sets Elixir Foods apart is their direct relationship to regenerative cocoa growers and their advanced know-how and expertise. To date, they have entered into an exclusive partnership with the farmers of the Cabruca cooperative in the south of Bahia, made up of almost 40 farmers. They are training them on how to conserve and stabilize the product using the processes they have developed to ensure its highest purity and quality. True to their visions of building a circular economy, Elixir Foods buys the processed cocoa honey from them and sells it to their downstream customers, with a portion of the profits going directly back to the farmers to support their continued regenerative growing practices.

Elixir Foods has always had a close relationship with cocoa and chocolate, and they have spent many years studying it and trying to develop healthy foods from it. In fact, since 2014, Gustavo, Elixir Foods’ Founder & CEO, has been focused on chocolate and cocoa, making him a specialist in Brazil when it comes to this specific food area.

His fascination began by watching the eating habits of his little sister as she grew up. He observed that just like her, children around the world love to eat chocolate and are likely to choose sweet treats over nutritious foods like vegetables.

Together with a group of food developers that he knew from school, Gustavo came up with the idea of ​​turning vegetable extracts into healthy and delicious chocolate products. This was the focus of his previous startup, Nutricandies, where he and his team developed innovative techniques to extract the nutrients of fruits and vegetables, and transform them into food additives mixed with with cocoa powder, resulting in a plant-based chocolate cream spread with no sugar, gluten, lactose and fats.

In 2021, Gustavo, along with Namie, Joyce, Carolina and Radharani, traveled to the northeast of Brazil to expand their knowledge by working with cocoa farmers and understanding more about their needs and the challenges they face. They set to work to help these farmers conserve and use cocoa honey, so they could have a new source of income and prevent polluting runoff. Elixir Foods was born! 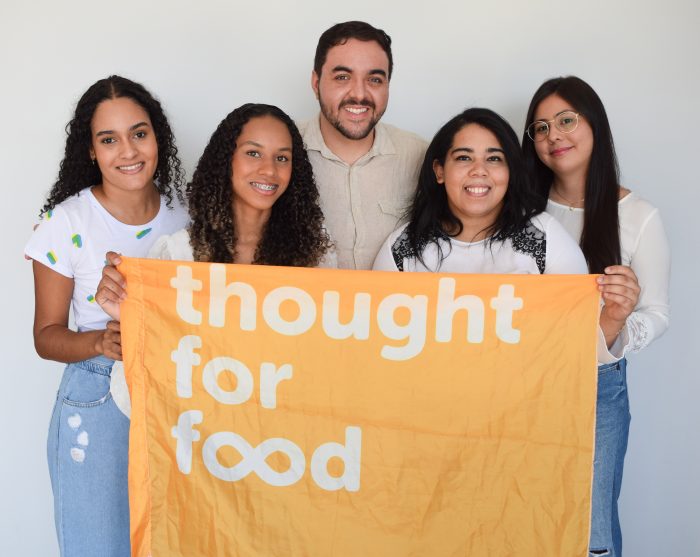 Given that many farmers and their family’s livelihoods – not only in Brazil but around the world – depend on cocoa crops, the whole cocoa industry and value chain stands to benefit from collecting and adding value to cocoa honey. This is especially important for the economy of the major cocoa producing countries in the world such as Ivory Coast, Ghana, Ecuador, and Indonesia.

Elixir Foods are now taking part in the TFF Academy, our personalized startup acceleration program, where they are developing their business model, their go-to-market and fundraising strategies, and of course their storytelling. We are also introducing them to relevant industry contacts and helping them build the product roadmap for the next few years.

The team is currently raising money to expand their network of sensor technologies so that they can equip more regenerative cocoa farmers with the capabilities to measure and monitor the fermentation process right on the farm. They also will invest in the hardware needed to scale their production process and take their next step of formulating cocoa honey as a powder.

Check out this news segment about Elixir Foods:

If you want to find out more about Elixir Foods, partner with them, or meet the team, please reach out to Luisa at luisa@thoughtforfood.org.