To help tackle deforestation issues in Ghana, we, Senyo Kofi Agbleze and Freda Yamorti Gbande, put together an initiative known as the Green Cast Project. With our role as TFF Ambassadors, we want to help create awareness about deforestation as an issue leading to potential food insecurity in rural communities. Our first film ‘Etsor Ta’ (Future in Mind) is now up on YouTube.

Ghana is referred to as the Beacon of Hope for Africa, but actually, urgent actions need to be taken by the country to address issues of food security. Research shows that Ghana is facing imminent food insecurity with 5% of the population already classified as being food insecure. It also ranks as the 8th most vulnerable country to the effects of climate change globally. With climate change also known to be a major driver of food insecurity, this outlook does not look good for the nation.

Considering the dire situation in which our country is heading with food insecurity, we felt the need to take up an initiative to support the work the national government and NGOs have been doing to strengthen food security in the country. Using filmmaking as a medium, we want to communicate with the local communities and educate them about the importance of trees and the positive ripple effects they can have for food safety and security in Ghana and other African countries.

Our first film titled ‘Etsor Ta’, which means Future In Mind involved a community in the Adaklu district known as Avedzi. Watch it below.

Almost the entire community – from kids to elders – got together to create a film that portrays and talks about the environmental challenges in their community. The willingness of the kids and women to be a part of this project was unexpected and helps us gain wider acceptance as we move forward with our project.

Deforestation mostly takes place in rural communities in Ghana, where we know that high rates of ignorance and illiteracy are a huge issue. So instead of educating people with research and books, we want to use visual storytelling to talk about the issues that affect all of us living here–and it seems imperative to us to focus on the rural areas first, where change is needed most. 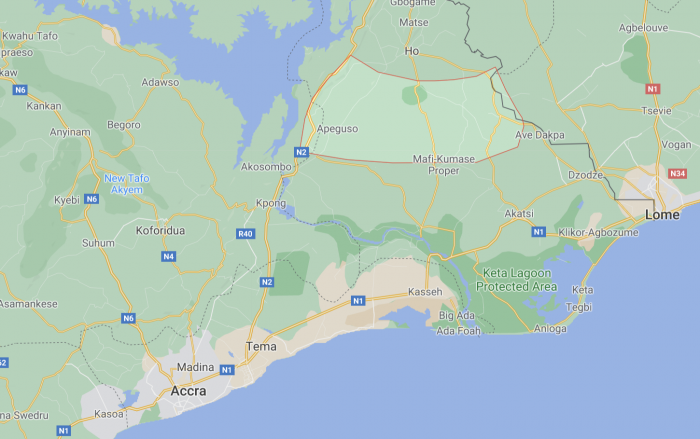 Why deforestation in Africa is an issue

With deforestation come issues of soil erosion, climate change, flooding, and desertification just to name a few. In the long-term, soil erosion leads to unhealthy soils which in turn gives low crop yields leading to food insecurity. These accompanying negative effects of deforestation are leading contributors to food insecurity in our world. Deforestation and poor agricultural practices are responsible for about 65% of Africa’s carbon emissions leading to climate change.

Severe changes in the rainfall pattern for instance make conditions conducive for flooding or drought affecting both farming and rearing of livestock. Flooding is known to wipe away farmlands and homes on the continent, for instance in Malawi as recorded in recent years. Botswana had started raising the red flag on climate-related drought, which was threatening food security, affecting especially the poor in the country.

How tree-planting can contribute to food security

According to the FAO, forests, trees, and agroforestry systems contribute to food security in many ways. Research conducted in Malawi showed that children living in areas facing deforestation had less diverse diets compared to those living in areas with no deforestation.

Tree products such as fuelwood, charcoal, rattan, dyes, and medicines are examples of products sold by the rural poor for income to purchase food or earn a decent livelihood. They are an alternative income source for some rural communities.

Forests and agroforestry systems play important roles in stabilizing agriculture’s resource base. It does this by slowing down soil erosion by wind and water and reducing sedimentation in rivers. Trees enrich agricultural soil and help stabilize water supplies leading to improving soil productivity.

Do your part for food security

Climate change and food security issues affect us all so we all must act to safeguard our planet, especially the food we eat now and in the future. Engage with the TFF global family and help ensure food security for our world!