Beetles, mushrooms, lemon-flavored ants, snails, chonta worms and even guinea pigs are some of the most unusual but traditional sources of protein in Ecuadorian cuisine. Although they are part of the history and customs of a small but biodiverse South American country, 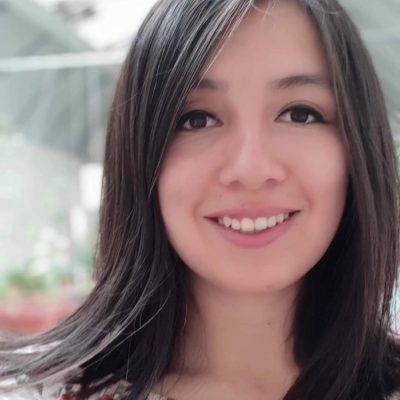 today they are more of an exotic dish or a gastronomic souvenir, than something for everyday. Other types of proteins of animal origin and mass production such as chicken, beef, pork and cow are usually preferred for the preparation of dishes, which have gradually been detracting from those more traditional.

Could we open doors to a regenerative future by reconnecting to our cultures’ roots?

Today, the global interest in alternative proteins is steadily growing. Still, projections indicate that by 2050, meat consumption will increase by 73%, and that of dairy products by 58%. It cannot be ignored that this increase in demand and consumption will also imply a greater use of resources such as land to grow food for livestock and water, while there will be a greater potential for contamination of groundwater and the atmosphere, through increased production of greenhouse gases. Similar issues apply for our world’s oceans: There is a growing need for sea protein, coupled with the constant deterioration of the water quality and biodiversity.

COVID-19 highlighted that now more than ever, it is necessary to take actions that imply a change of habits, and in some cases, a return to already established habits, such as the consumption of alternative sources of protein.

Future proteins are mainly defined by the ability to produce them at a large scale quickly, with fewer resources needed and less production costs compared to conventional proteins. In addition, the total percentages of protein in these foods must be higher or at least comparable with the conventional ones. 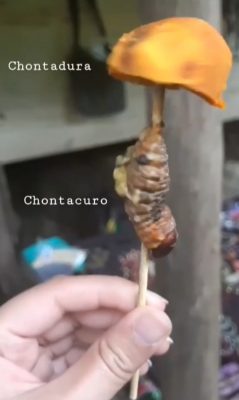 🍄 Some of the highest potential include mycoproteins, or proteins derived from fungi, insects and larvae, such as black soldier fly larvae, housefly larvae and mealworm larvae. Also added to these are algae, kelp, and also mussels.

🧫 Other alternatives could include single cell protein, produced through bacteria and yeast—and sounding even more like science fiction, but in fact very possible and potentially viable: the production and consumption of Cultured Meat (learn more about Cell Ag here).

It is estimated that there are about sixty companies worldwide with the goal of producing cultured meat, almost all of them established in developed countries. Of these, approximately half are firmly established, with projections of bringing the first products to market by the second half of this decade. In addition to these, there are already several companies generating products based on plant meat, as well as industries developing completely vegan egg and dairy substitutes thanks to the wonders of genetic engineering.

How can we make alternative protein accepted and successful?

💬 Consumer education and behaviour change. In many Latin American and Asian countries, for example, entomophagy is part of the culture, even though different processes of globalization have caused this to be lost over time. Probably many western countries will be confronted with consuming protein derived from larvae, or from microorganisms, or even from cells grown in a laboratory.

💡 Check out the recording of the TFF live session “Nudging a Global Audience to Adopt Alternative Diets” to learn more about behaviour change.

👅 Improve sensory characteristics. Since the taste that we humans have for meat will have to find in alternative proteins a worthy substitute in terms of taste, smell, texture, and consistency.

👩‍🌾 Support farmers’ transition to alt protein production. In the short time that these technologies have been developing, we have been seeing a resistance, or fear of losing place in the market, especially in Europe and the United States.

By rediscovering alternative consumer traditions – from those countries where we are fortunate enough to be able to do so – and by reintroducing them into diets globally, we can make a switch to foods that are better for the environment and our health. We have to do so, though, in an informed and conscious way and respecting nature, just as our native peoples did. Sharing food traditions should be an invitation to the world and a task that we carry out with pride and respect.

Whether it is with chapulines enchilados (enchilada grasshoppers) in Mexico, white beetles with roasted corn in Ecuador or roasted chonta worms, with Malang Tod in Thailand or Nswaa in Uganda, the rescue of this great wealth accompanied by new technologies and an open mind will lead us to that longed-for goal of zero hunger for the entire world on a healthy planet Earth.

Watch our recorded live session where TFF Founder and CEO Christine talked to Ryan Bethencourt, a visionary in the plant-based food space and Co-founder and CEO of Wild Earth.