The circular economy movement is creating an entirely new supply chain for products that were previously wasted or underutilized. There is a vodka now created using a byproduct of the dairy industry, and baked goods that use leftover fruit and vegetables from a juicing. The possibilities are really endless when you start looking at inefficiencies as opportunities. And that is exactly what 2019/20 TFF Challenge Finalist team Xilinat has done. They developed a sugar alternative derived from previously wasted agricultural products that also tackles social and economic inequality in Mexico.

According to the World Health Organization, diabetes is the leading cause of death in Mexico, claiming nearly 80,000 lives each year. So when Javier Larragoiti’s father was diagnosed with diabetes he knew he needed to do something. As he started to research the disease Javier found that both diabetes and obesity are rapidly increasing in Mexico and around the world because there are no attractive alternatives for sugar. 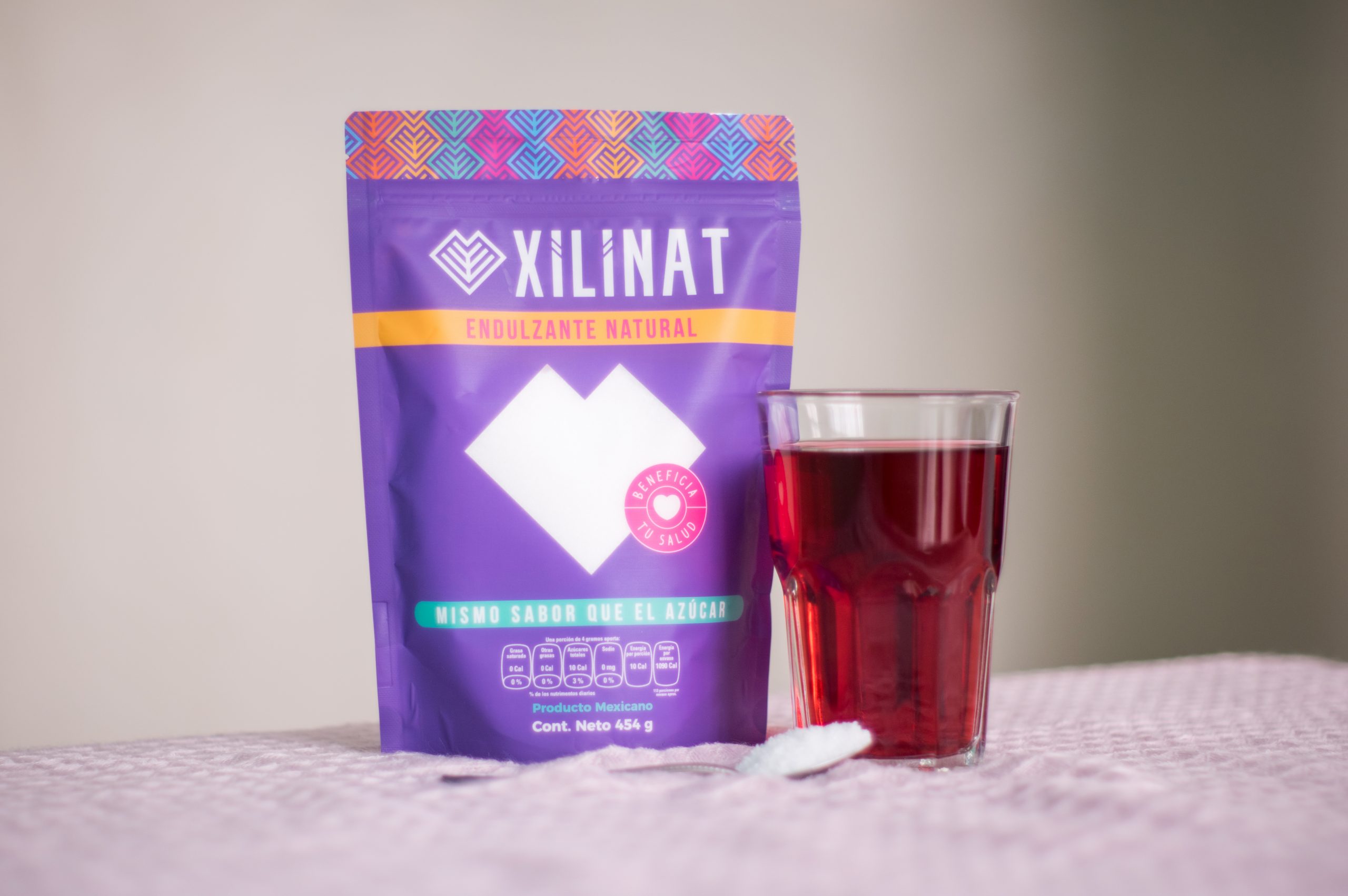 Javier and the Xilinat team found a way to transform agricultural waste that farmers usually incinerate post-harvest into a sugar alternative called xylitol.

“My sister was studying to become a dentist and introduced me to the chemical compound xylitol which is being used to protect children’s teeth against cavities. We researched about xylitol and it turned out that it is a great sugar substitute that is also beneficial for human health. It never became popular because it was expensive, so we made it our mission to create cheaper xylitol and make it accessible to more people, especially those who suffer from diabetes”, says Javier, the founder of the Xilinat. Xylitol is a naturally occurring carbohydrate that can be extracted from any woody fibrous plant material.

A large agricultural product in Mexico is corn, and after the corn kernels are removed, the cob is burned. This burning process is responsible for 40% of the carbon dioxide (CO2) present in rural communities. By purchasing and repurposing agricultural waste, not only is Xilinat reducing pollution but it is also creating another revenue stream for farmers.

In Mexico, 60% of farmers live in extreme poverty conditions and Javier found that the additional money has had a profound impact. “Farmers primarily use the money for their children’s education. With that money, they are able to buy the books and equipment their child needs for school”.

In the business of problem-solving

The first step of Xilinat’s process is a mashing method done with hot water and an acid catalyzer. This step is needed to release xylose from the agricultural waste before they can ferment xylose into xylitol.

Because they have been working on very small-scale lab tests, they built a couple of labs at home for their R&D team to continue working during the lockdown. “As we are lab-rats and nerds, it has resulted in an excellent experience! Imagine having the chance to wear a lab-coat around the house and continue doing interesting research for the company from the comfort of your home!”

Scaling without compromising on the environmental and social impact

With the goal of improving the health of millions of people in mind, Xilinat plans to expand to an industrial scale without compromising the social or environmental impact of their business. Javier is excited for the future, “It’s a huge opportunity in terms of applications, and the market is really big. We’re not only aiming to take over the xylitol market, which already exists, we’re also aiming to take part of the sugar market”.

The five-year plan for the company is to have their own production facility and help millions of people who suffer from diabetes control their blood sugar levels and live healthy lives. Through the use of biotechnology, Xilinat is making real positive change and has placed combating environmental challenges, inequality and human health at the core of its profitable business model.

We will continue sharing about Xilinat’s journey here—make sure to check our Content Hub regularly.

Xilinat and the other Finalist and Boost Teams are currently practicing their pitches in the virtual TFF Academy 2020, which is an open-sourced acceleration program anyone can join. Just sign up to the Digital Labs to take part!