When I first heard the term “Seed Banks”, my restless and curious mind immediately created the image of a refrigerator with millions of species of seeds stacked one on top of the other, suspended in time and responding to the logic of: “He who saves always has”. In this sense, it seems obvious to deduce the use that these infrastructures have: to ensure the conservation of different species of seeds that could disappear if the same agricultural practices are maintained and, of course, if climate change is accentuated.

Currently there are about 1700 Seed Banks located, literally, across the globe. According to several articles, including one by the online magazine “Virtual Pro” and The Guardian, the main objective is to ensure the preservation of different species suitable for human consumption and that could be the solution in case the climate crisis ventures to such a level that it would be impossible to have species available for planting.

The articles were quite clear about the reason for its creation, however, within the aforementioned articles there was no information available regarding the first Seed Bank in Latin America, called Future Seeds (or Semillas del Futuro in spanish)

Thanks to Thought For Food, we got in touch with the Future Seeds team to learn more about their work and answer the different questions that arose as we delved into the world of seeds. Fortunately, the team of researchers who made it up was happy to answer every concern, concretizing an on-site visit of which the team of ambassadors of TFF Latam – Carolina and Juan – took part, traveling to the heart of the operations of this bank.

This Bank, located in Palmira, Colombia, was born as a strategic alliance between CIAT and Bioversity International, hosting seed species mainly corresponding to Beans, Cassava and Tropical Forages, distributing samples to farmers and researchers worldwide free of charge and as part of the International Treaty on Plant Genetic Resources for Food and Agriculture. 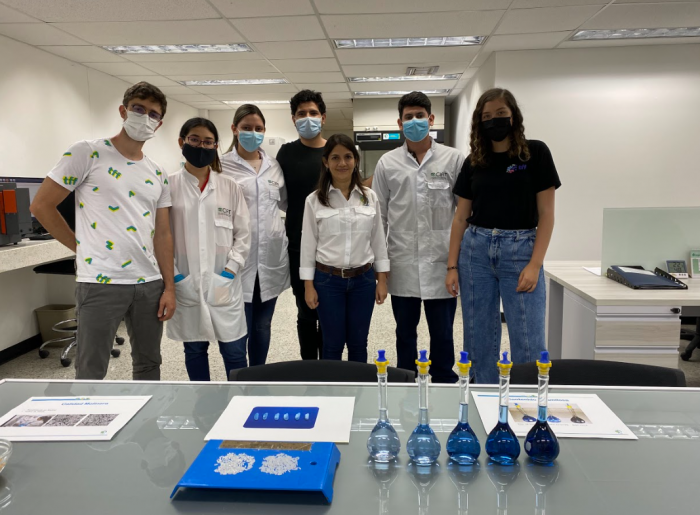 The infrastructure makes it possible to store more than 250 thousand plant species from all over the world, including species that are no longer available in crops or in nature. This bank is not only committed to the conservation of seeds, but also to the improvement of their characteristics through genetic studies that would allow, using artificial intelligence, the crossing of species, making the subsequent reproduction of seeds viable, more resistant to climate change (droughts, floods, etc.), with lower water requirements for their subsistence and nutritionally more complete (biofortification, for example).

In this sense, the technological innovation combined with academia would allow us to have a generation of adaptable and reproducible seeds not only in their country of origin, but also in other regions, presenting a concrete alternative to mitigate the Food Crisis resulting from an imminent Climate Change and that makes us ask again and again: How do we feed 10 billion people by 2050, in an increasingly hotter world?

In concrete terms, the seeds are subjected to a series of qualitative and quantitative evaluations that provide valuable information regarding their reproductive characteristics, viability, nutritional contribution and ability to be used as ingredients in culinary preparations. In this way, they obtain beans with a higher zinc and iron content, bread with a longer shelf life and bean-based cookies with a higher protein content than those made from non-improved seeds. 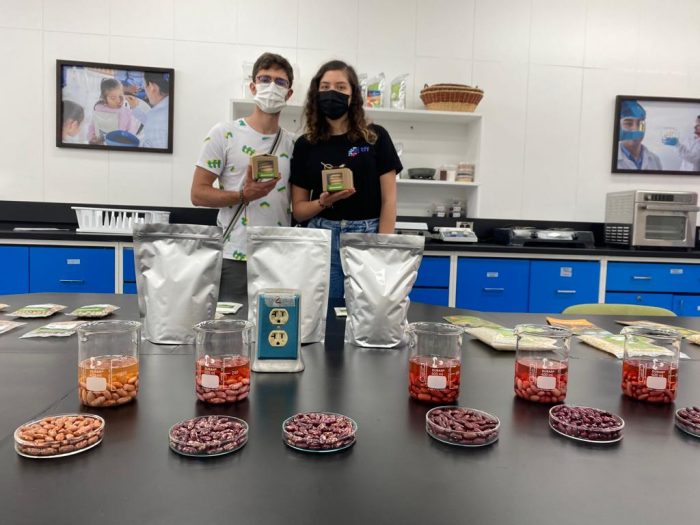 After all, it is not a matter of putting a large number of seeds into hibernation; it is important to ensure their viability in the future or when they are required, so that they can produce the food for which they are coded.

The visit to this knowledge center was an excellent opportunity for TFF Latam to experience first-hand and in its region the daily work in a seed bank, with prospects for innovation with a clear common goal: to avoid food insecurity and to be a source capable of addressing the Climate and Food Crisis, where the food supply is increasingly finite in the face of a growing and infinite demand.

Our conclusion: Seed banks represent a tremendous opportunity to safeguard part of our food identity and an effective alternative in the face of a future with limited resources, giving space to the conjunction of different sectors such as innovation, technology and science, with disruptive ideas and that go beyond the barriers of what is already established in terms of “What now?”

Facing the problem based on one of the possible solutions, that is thinking about today and the future.

If you want to know more about TFF Latam’s visit to Future Seeds, follow us on Instagram @tfflatam