Healthy soil for a healthy planet 🌏

Healthy soil encourages biodiversity, mitigates the global climate crisis and is a key component to food security and sustainable development. Soil is as important as other resources like plants, animals, rocks, and rivers. It provides a habitat for a broad group of organisms. It is a source for atmospheric gases and also controls the flow of water and chemical substances between the earth and atmosphere.

80 % of earth terrestrial carbon is stored in soils and is the second-largest carbon store after the ocean. Soil plays a vital role in climate change and it is our responsibility to preserve soil health, but instead of that our bad management practices are degrading soils health at an alarming rate, causing the releasing of carbon back into the atmosphere and weakening soils potential as a carbon consuming sink.

Soil pollution can reduce productivity by affecting the physical and biological properties of soil. Hence the effect results in the disturbance of ecological balance and health of living beings on earth:

🏭 Crops cannot grow and flourish in polluted soil. Even if some crops manage to grow, then these crops might have absorbed the toxic chemicals in the soil and might cause serious health problems in humans (migraines, nausea, fatigue, skin disorder etc.).

🏭 Sometimes the soil pollution is in the form of increased salinity (i.e. amount of dissolved salts that present in water) of the soil. If the level of salts in the soil is too high, dehydration can take place and the soil becomes unhealthy for vegetation and often becomes useless and barren.

🏭 When soil pollution modifies the soil structure, deaths of many beneficial soil organisms like earthworms which is essential for healthy soil may occur.

🏭 Studies have shown that 15% of the total arable land of the world has been extensively degraded due to the mixing of several toxic pollutants into the soil.

Impact of agriculture on soil health 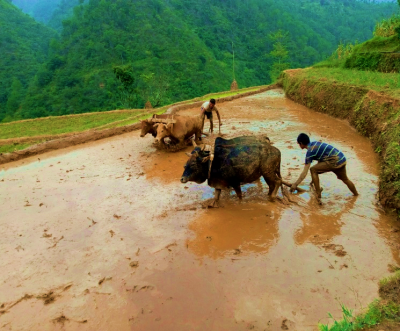 Various Agriculture practices are carried out all around the world as 95% of our food supply depends on soil. Unsustainable agriculture practices have caused serious global problems and are responsible for large losses of soil organic carbon. According to the researchers, the rate of carbon emission from agriculture soils has increased dramatically over the last 200 years due to unsustainable agriculture practices. One third to half of global greenhouse gas emission could be linked to food, processing, distribution and consumption. Agricultural sectors are suffering from the impact of climate change; extreme weather, heat waves, and droughts will be increasingly frequent in future.

Taking this onto the account a question has arisen “how to maintain soil health along with agriculture?” Fortunately, there is a solution to this serious problem. By shifting conventional agriculture towards organic agriculture, we can actually improve soil health. 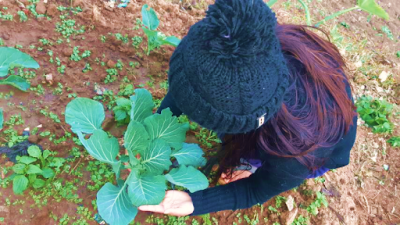 One of the most fundamental principles of organic farming is to manage soil health. It has an essential contribution to enhancing and maintaining the fertility and quality of soils. According to experts just one teaspoon of compost-rich organic soil may host as many as 600 million to 1 billion helpful bacteria from 15000 species. Thus, organic agriculture contributes to:

🌱 Improves soil fertility through the application of organic matter incorporation in the form of compost manure and green manure. These fertilizers help to conserve the soil rather than destroying it after a few years.

🌱 Giving back and maintaining the quality of the soil by planting cover crops and avoiding monoculture.

Do you want to learn more about soil's superpowers?