Seaweed for cows, mushrooms for goats & probiotics for pigs and fish: what’s the future of animal feed in Africa?

Millions of people in Africa are experiencing protein deficiencies and food insecurity – and this is exacerbated by ongoing conflicts on the continent and by the war in Ukraine.

Animal products such as meat, milk and eggs are key ingredients to support food and nutrition security in this volatile context. Additionally, animals provide critical agricultural services for households, such as draughting and manure for fuel and fertilizer. 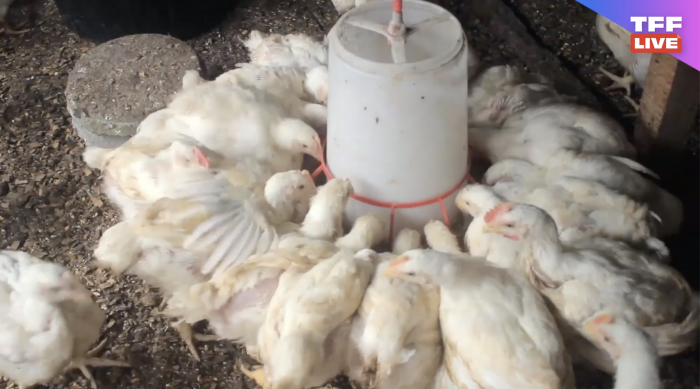 That’s why, for this year’s TFF Challenge, we’re partnering with DSM to find sustainable and nutritious solutions to keeping animals healthy and productive.

But first, why bother? Shouldn’t we all be going vegan? Why are we even talking about alternative animal feeds in the first place? 🌱

The alternative protein market is booming thanks to vegans, the lactose intolerant, and those simply looking for a more environmentally-and-climate-friendly alternative to meat.

But animals still play an important role in our food systems, and can be part of sustainable and regenerative agriculture (but that’s a story for another blog).

As mentioned above, livestock plays a key role for food and economic security in Africa and many other regions. Meat, milk, and eggs are among the most valuable agricultural products on Earth. Food insecurity is inextricably linked to poverty, and increasing livestock production can improve incomes (and livelihoods) for hundreds of millions of smallholder farmers.

That protein deficit has led to a range of issues, including 30% of children in Central Africa not receiving enough daily protein. Stunting affects a staggering proportion of children, and it could be reversed by introducing more animal-based protein as part of a well-balanced diet. 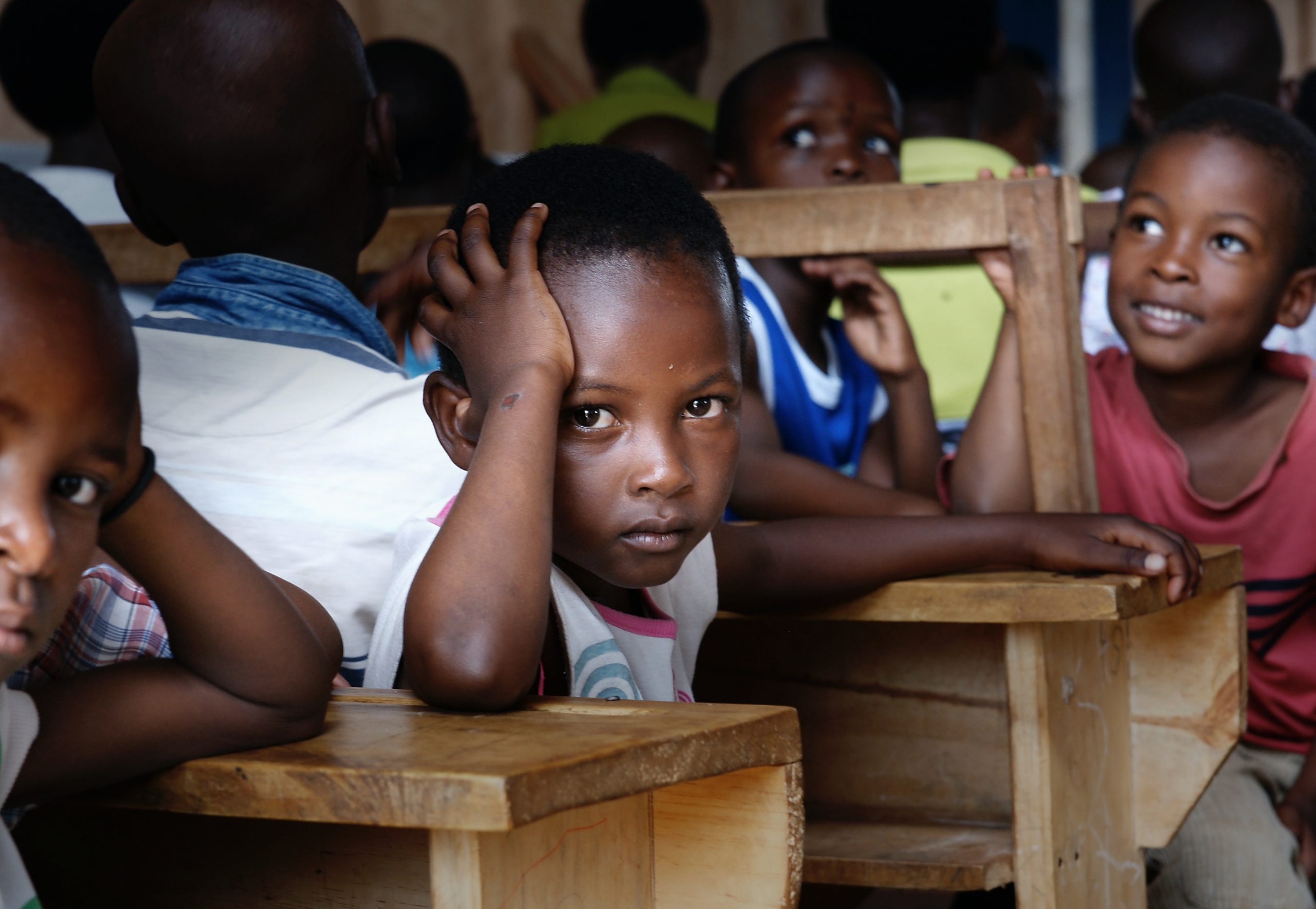 But it is also true that rearing animals, especially at scale, comes with a host of problems. For a start, the animals must be fed and watered. Malnourished livestock are far less productive (not to mention sad and unhealthy). But getting them the high quality feed they need to thrive costs money – and costs are currently going through the roof in Africa.

As with humans, livestock also suffer illnesses, and farmers often use antibiotics in abundance to improve the productivity of herds. This practice adds to the global burden of antimicrobial resistance that renders some of our most important medicines ineffective. That’s particularly disastrous in parts of Sub-Saharan Africa, where multidrug-resistant Salmonella kills hundreds of thousands each year. Certainly not something we want to perpetuate or make worse. 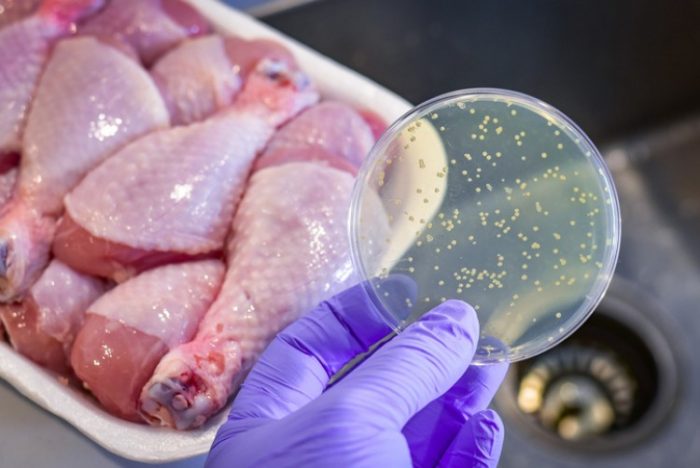 Thankfully, a slew of exciting startups are on a quest to feed our domesticated fauna more sustainably – including pets, but also our cows, poultry, pigs, goats, sheep, fish and shellfish.

Some of the solutions on the horizon range from new feedstocks, like algaes, oils, and mushrooms, to feed additives like vitamins, minerals, and supplements, to alternative proteins, and even cultured meat.

🚫 Why the status quo won’t cut it

We need these solutions because our current way of feeding animals isn’t fit for purpose. Maize and other feed crops such as soy have been an excellent addition to livestock diets to boost the production of meat and milk. They work.
But, prices of these commodities are soaring – especially right now.

There are sustainable alternatives that require fewer resources, are even more nutritious, and tackle the issue of waste. Check some of them out below.

Kenya’s InsectiPro are a great example, upcycling food waste to grow blackfly larvae that can be boiled, dried and fed to farmed fish or livestock. The larvae are high in protein – even greater than popular protein-rich alternatives such as soy meal, and high in nutrients such as zinc, so they make a great addition to feed.

InsectiPro are among a swathe of companies in Africa using insects as alternative animal feed. They’re joined in Kenya by Ecodudu as well as Rwanda’s Magofarm. All three create rich fertilizer as a by-product.

Though costs perhaps still need to fall in line with the more readily-available soy meal, Better Origin says “soy is the status quo, insect feed is an investment.”

That’s certainly the case in South Africa, where Inseco recently raised a whopping $5.3 million in seed funding. In fact, the sustainable animal feed industry as a whole is projected to be worth $58 billion by 2030.

There’s a bunch of fungi-based meat alternatives for humans out there already, so surely the time has come for a startup that revolutionizes the animal sector?

A Zambian research team has been investigating the medicinal qualities of gourmet oyster mushrooms, and has found that the growth medium can be fed as a supplement to goats. This is also being investigated by an international chia and oyster mushroom project.

Furthermore, the Zambian team shows that encroaching acacia plants – a big problem in some parts of Africa – can be digested using mushrooms. The by-products can then be used as a high-quality animal feed, a neat circular solution for farm management that, by the way, is also used in with palm oil waste.

Synthetic biology companies such as NovoNutrients and eniferBio are cooking up biological alternatives to fishmeal in the form of bacterial and fungus-derived protein generated in bioreactors that are powered by industrial waste and renewable energy. Africa has a huge opportunity with solar power’s huge untapped potential.

And of course, seaweed and algae deserve a big mention. Feeding pigs and poultry red and green algae improves their gut health. And feeding seaweed to cows makes them belch less methane. Cultivation of the “blue economy,” including seaweed and microalgaes, just so happens to be the biggest emerging aquaculture sector. Zanzibar and Namibia in particular produce a lot of it.

When it comes to cows, some might say we should just let them eat fresh grass (and other leafy vegetation). They have stomachs designed to break down cellulose afterall. The International Livestock Research Institute in Kenya and Ethiopia shows, for example, that irrigated Napier grass forage can improve the productivity of grazing livestock such as cattle.

The nutritional power of forage crops, which currently fall into the category of “orphan and neglected” crops can be improved greatly through breeding. More and more work is being done in this area, with new technologies such as computational DNA analysis revealing many areas for improving growth and nutritional profiles of pasture grasses.

It’s an interesting problem to tackle. Climate change means the tropics are prone to more severe environmental extremes, meaning pasture grasses must stand up to the effects of unpredictable and heavy rainfall, interspersed with periods of drought and high heat stress.

A student in Ghana recently developed a handy solution to the problem of grasses drying out, which often leaves millions of cattle undernourished in the dry season. Mixing dry grasses with by-products from the processing of crops, David Umborja Mualen’s solution delivers feed at a lower cost than farmers would normally pay, at a very important time – making the most of a tough situation.

Burkina Faso’s Tiligré Agro and Kenya’s Hydroponics Africa think that hydroponics could be another answer – and they are growing typical feed crops in environmentally-controlled systems that take extremes out of the equation, while also delivering fresh feed products with stable nutritional profiles. 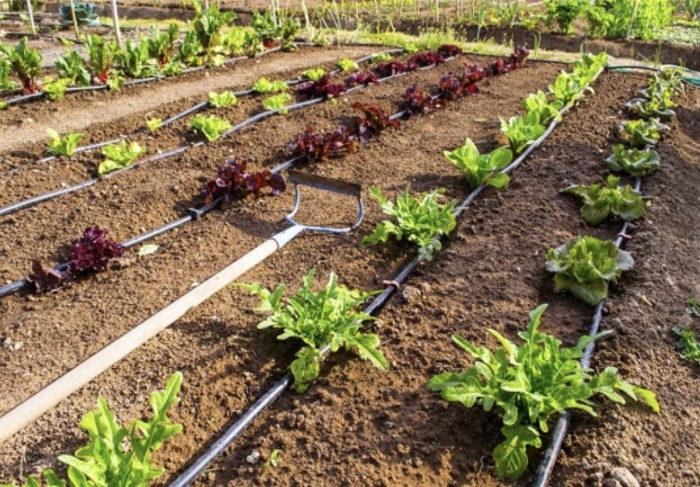 In agriculture, it’s very common for farmers to routinely use antibiotics to maintain livestock health, suppressing pathogens and improving growth. That this works is undoubtable, but the effects of this widespread practice are potentially disastrous.

A whopping 66% of all antibiotics are currently used on farm animals, a sum projected to increase by another 11.5% over the next 10 years. In this context, antibiotic resistance is hugely concerning. Many of our front-line antibiotics no longer work against a range of illnesses that were once very treatable, from salmonella to gonorrhea. An estimated 1.2 million people died worldwide in 2019 from antibiotic-resistant infections.

Using antibiotics at low(er) levels is particularly risky, as it provides the perfect environment for populations of bacteria to evolve resistance. Progress on finding new antibiotics has, meanwhile, been slow. 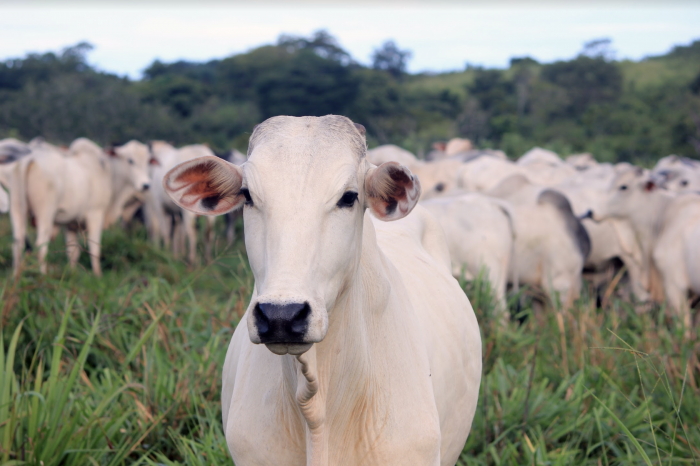 Companies such as DSM think that there are much better ways to improve livestock productivity that don’t put modern medicine (and, ironically, future livestock health) at risk.

Probiotics like Cylactin, which contains the bacteria Enterococcus faecium, has a dual benefit of improving weight gain while also cultivating natural defenses to common gut pathogens, and preventing illness such as diarrhea. And, microbe-rich Kombucha made from fermented tea has shown promise for improving the protein and lipid retention of African catfish when added to feed.

The efficacy of such probiotic treatments is backed up by several studies, which cite improvements to growth and the quality of meat, milk and eggs in farm animals from turkeys and chickens to sheep, goats, cattle, horses and fish. They could even help control salmonella in eggs.

On top of this, supplementing feed with vitamins and minerals such as beta-carotene can improve reproductive performance and milk production in cows. Vitamins and minerals have been used to fortify our food for decades. It’s been a safe and cost-effective way to address nutritional deficiencies, from folic acid to iron and vitamin A. The effects on improving physical health and socioeconomic well being are compelling.

So, it’s possible to wean livestock off antibiotics. However, DSM notes that – as with people – solutions to animal nutrition vary geographically, as does the capacity to manufacture and distribute them.

👨‍🌾 Getting nutrition to the farmer, and the consumer

For all the novel supplements and alternative proteins, there is also an accessibility gap to navigate. With the best nutrient solutions in the world, we still have to get them to farmers. A case in point, animal disease costs African farmers billions of dollars each year as access to vets is very limited. 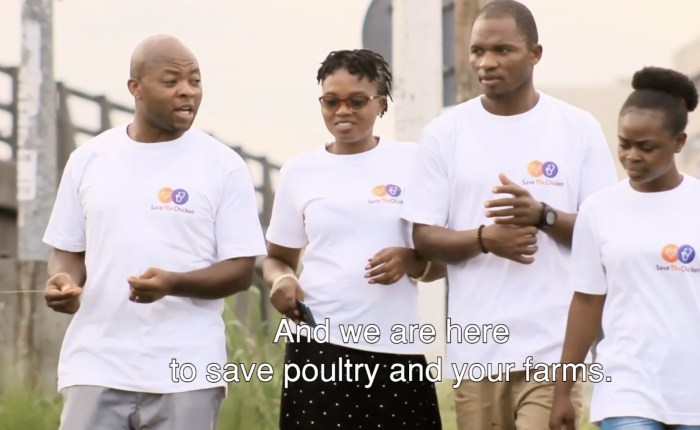 TFF Challenge 2020 Finalist Team PFMS from Cameroon and Cowtribe in Ghana are two interesting startups that connect farmers with the veterinary services and animal health products they need using mobile technology. Cowtribe’s co-founder Alimah Bawah describes his service as an “uber for vets.”

They understand that logistics are as important as fixes.

The Ghanaian company also supports retailers to keep in-demand products in stock and available for farmers when they need them, matching demand with supply.

Perhaps there is room for innovative thinkers in the startup space to increase awareness and access to sustainable, healthy supplements in their region? 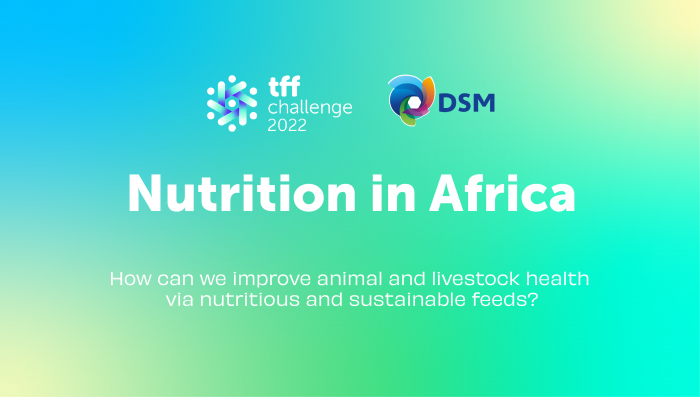 If you have a nutritious, sustainable, accessible solution to the problem of animal feed in Africa, we’d love to hear from you! Sign up for the Thought For Food Challenge today, and put your name down for the Topical Prize on Nutrition in Africa for good measure.