CO2 enrichment in greenhouses allows crops to meet their photosynthetic potential, but the most common methods are expensive and involve burning fossil fuels. What if we could capture and sell CO2 from the open air, providing greenhouses with a cheaper, climate-friendly alternative for boosting plant growth? 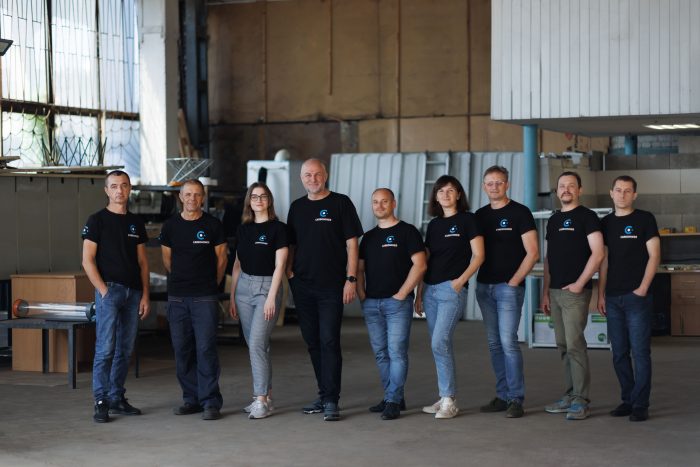 Meet Carbominer, our 2022 TFF Finalist from Ukraine. The 10-person team based in Kyiv has developed a modular system to capture carbon dioxide locally from the ambient air and pump it into greenhouses. Their sustainable solution has the potential to increase greenhouse crop productivity by 20-30%, depending on the crop.

Although vilified as the evil culprit of climate change, carbon dioxide is actually a good thing. In fact, it’s the lifeblood of life itself. Remember high school biology? Carbon dioxide, along with water and sunlight, powers photosynthesis.

That’s why greenhouse operators need this gas as a critical input for their production systems. For plants grown indoors adding supplementary amounts of CO2 acts like a “carbon fertilizer,” helping boost photosynthesis so the plants grow faster.

Unfortunately, the most common methods for CO2 enrichment in greenhouses are based on the combustion of fossil fuels like natural gas. From an environmental perspective, this doesn’t make sense. It is also expensive and vulnerable to supply chain challenges.

With their position on the frontlines of the ongoing war with Russia, and having experienced politically-motivated natural gas shortages over the years, no one understands this better than Carbominer. That’s why they set out on their mission to make greenhouse carbon enrichment localized and fossil-fuel-free.

Ukrainian-startup Carbominer’s small-scale, modular system uses intermittent renewable energy to effectively capture diluted carbon dioxide from the air and convert it into pure CO2 that can be pumped into greenhouses. The best part: it all happens locally, right on site, thereby saving time and transport costs.

CO2 from thin air is the secret to greener greenhouses!

Here’s how it works:

Carbominer has developed two main units that are deployable right on site at greenhouses.

The first is a capturing unit, where airstreams pass through a module filled with unique fiber (adsorbent) that captures CO2 molecules with a dry capture method. When the adsorbent fiber reaches its maximum absorption capacity, a washing liquid is used to wash away all the captured CO2 molecules from the fiber. A CO2-enriched liquid then could be stored in a buffer tank or immediately sent for processing.

When the time comes, the stored liquid passes through a pipe to the second unit – the regeneration chamber – where an electrochemistry-based process is applied. This process releases the CO2 molecules as a gas from the washing liquid.

Greenhouse producers then pump the CO2 into their indoor air ventilation systems. Plants enjoy this extra CO2, which fuels their photosynthesis and boosts their productivity!

Check out this video to learn more about their technology 👇

Carbon removal is increasingly regarded as an essential tool in the arsenal, and the only practical way to achieve deep decarbonization in the industrial sector. It’s a great circular solution to give the captured carbon a new use in agriculture.

There are other companies working on this type of direct-air capture system for greenhouses, but Carbominer’s technology and approach stands out. The main competitive advantage is the ability to use intermittent renewable electricity to localize CO2 capture.

As overproduced renewable electricity is very cheap, it keeps Carbominer’s operational costs down – and this is extremely important in today’s economic climate. The cost of energy has always been a challenge for greenhouse operators, but these costs have increased exponentially in the wake of the Russian war in Ukraine. Natural gas shortages have left operators in major markets like Belgium and the Netherlands on the brink of bankruptcy.

Carbominer’s current business model is based on selling locally-captured CO2 as a feedstock to greenhouses. They are targeting the European commercial greenhouse market with a potential size of $3.3 billion that is expected to expand at a compound annual growth rate of 10.4% until 2028.

Carbominer’s first pilot is scheduled for November, and two more pilot projects are to happen over the next six months. The team is targeting rapidly-growing markets such as the UK, Austria, and the Netherlands and plans to establish the first production of their DAC (direct air capture) devices in eastern Poland.

As founder and CEO Nick Oseyko stresses, securing these pilots as soon as possible are hugely important because they allow for external validation of the technology. If you are reading this are interested in piloting Carbominer technology, do get in touch with us!

Nick first became interested in carbon capture after a talk with his family doctor. They were discussing climate change and its impact on overall health and well-being. One theory was whether the higher level of carbon dioxide in the atmosphere makes the human immune system weaker.

With an aim to protect his kids from living in dangerous environment with high CO2 levels, Nick took it upon himself to build a DIY-system to capture carbon in his small workshop. The device worked, so he kept tinkering and experimenting to see if he could scale it for use in open air sites.

Holding an engineering degree from National Tech University “KPI,” Nick built the prototype of his air-capture system by combining materials from different sources. Given the growing abundance of CO2 in the atmosphere and the mounting challenges of sustainably feeding people, Nick and his daughter Viktoria saw a clear market potential for their product. Their idea was to sell the CO2 to greenhouses – and they soon caught the attention of investors in Europe and Ukraine.

Throughout their journey, Carbominer has numerously won various acknowledgement at bootcamps, accelerators and pitch competitions starting from the company’s first big win at ClimateLaunchad competition in 2019 (TOP 1 at national level, TOP 16 at international). 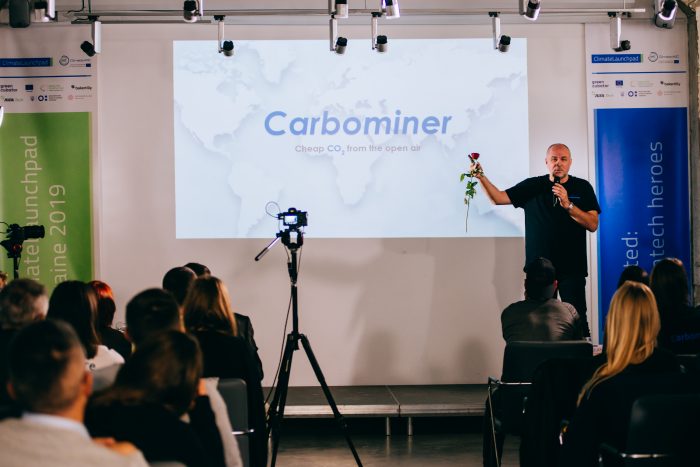 🇺🇦 The impact of war

Eventually, in late 2021, after several months of testing and trials, the first working system model of the Carbominer DAC system was about to be piloted. Unfortunately, due to Russia’s aggression on Ukraine, things drastically changed for the Carbominer team.

When the invasion happened, many of the startup’s team members were displaced or moved to neighboring countries in Europe. This is not what Nick planned for at this crucial time in his company’s growth trajectory. When Russian troops left northern Ukraine in April, Carbominer was able to reunite its team in its Kyiv R&D lab and resume working.

Action is the name of the game when it comes to changing the world, and the Carbominer team continues to show they have what it takes to make big things happen, and to be resilient, even against the greatest of obstacles.

Carbominer is now taking part in the TFF Academy, our personalized startup acceleration program, where they are further developing their business model, their go-to-market and fundraising strategies, and of course their storytelling. We are also introducing them to relevant industry contacts so that they can gain investments and engage in critical pilots in the near term.

Currently, they are fundraising for $1.5 million USD by January, with two investors already expressing the interest. This investment will also be used to expand the team and build the first manufacturing production facility in Poland.

Carbominer’s biggest dream? To be among top 5 DAC companies that corporations turn to on their path to decarbonization. 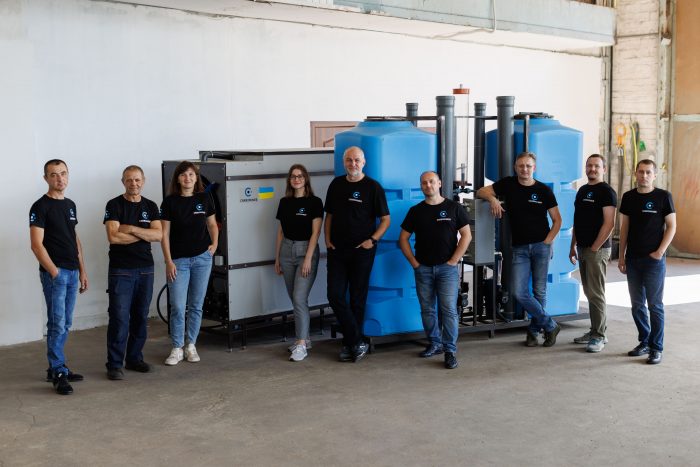 If you want to learn more about Carbominer, partner with them, or meet the team, please reach out to Elia at elia@thoughtforfood.org.