The next generation are re-inventing *how* we think and act on global challenges like climate change, economic inequality, and food insecurity.

Today’s young people – representing the largest youth population in human history – deserve a seat at the table when it comes to deciding on the future they will live in. Engaging youth isn’t just the right thing to do, it’s the smart thing to do. The next generations bring forward new ideas, new worldviews and new approaches that have the power to unleash a tidal wave of innovation and positive impact.

The problem is that finding spaces to meaningfully engage with next generation innovators without tokenizing their insights and involvement is limited. The UN Food Systems Summit Dialogues that have taken place in the lead up to the UN Food Systems Summit offer productive forums for discussions to happen, and their format is adapted to accommodate multi-stakeholder conversations. Thought For Food has been part of these Dialogues with an aim of elevating the voices and perspectives of our 30k+-strong Millennial and GenZ community in over 170 countries.

Back in May, TFF partnered up with FoodDrinkEurope, an EU-based food and beverage association, to explore enabling game-changing innovation & next-generation entrepreneurs in the EU. This first Dialogue, which brought together over 40 people from 12 countries, showed that efforts to improve EU food systems innovation need to focus on facilitating the attitudes required for innovation. These attitudes include human-centered design approaches, openness, collaboration, and creative, out-of-the-box thinking.

This discussion sparked new ideas and interest, so a few months later, we came together again to go further. We wanted to dive deeper into how these attitudes and behaviours can tangibly create change in our food systems.

Our second Dialogue honed in on two of the six next-generation attitudes that TFF embodies every day in our work with innovators: openness, which is all about embracing new experiences and diverse ideas and connecting seemingly unexpected dots to create new ideas and breakthroughs; and collaboration, which is the willingness to dive into the possibilities of digital technologies and believe that anyone can collaborate on anything, anywhere, at any time.

But first, who exactly are next-gens?

Christine Gould, Founder and CEO of Thought For Food, provided a keynote that summarized her insight and experiences from working with tens of thousands of next-generation over the past decade. Each generation is molded by the experiences and world events that occur during their formative years, and she presented some of the characteristics that apply to three generational cohorts:

Together, these generations represent the largest, most globally-connected, well-educated, entrepreneurially-minded, technologically-savvy, and socially-engaged generations the world has ever seen. How can we meaningfully engage with these generations and include them in plans for food systems transformation? 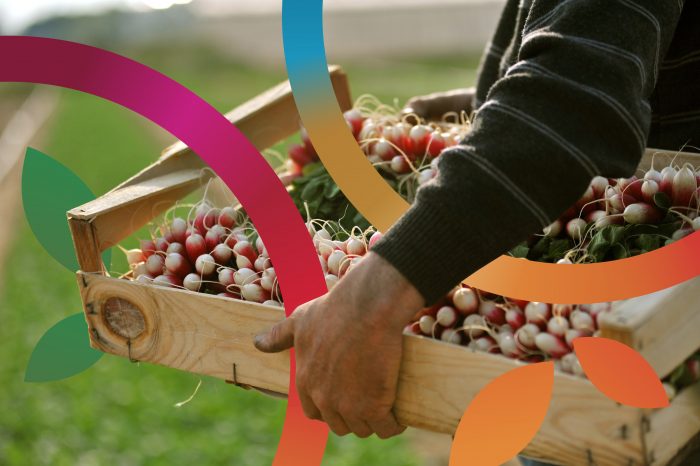 Openness is not inherent in the food and agriculture industry – there is a lot of inertia built into the system. Supply chains and procurement processes lack transparency, mistrust of certain food systems actors is commonplace, and the COVID-19 pandemic exposed the fragility of our food systems leading to a doubling acute world hunger. Implementing openness, especially combatting perceived IP concerns, is not automatic, but can be worthwhile. A 2017 Boston Consulting Group Global Innovation Survey found that 77% of the best-rated innovators follow open innovation models, like Syngenta’s Open Data project or national trade openness. As well, allowing constructive openness in trusted environments ensures that our food remains safe to eat – openness and transparency are fundamental aspects of the European Food Safety Authority’s (EFSA) framework.

Embracing openness comes with the need to recognise and work through the differences of multi-stakeholder and cross-cultural environments like in our global food systems. We all represent different cultural, educational, and social experiences and different expertise. When we are open, we can do so much more. By understanding each other and recognizing other people’s value, we can design food systems solutions that are human-centered and implementable, creating much stronger, democratic, and healthier food systems.

Implementing openness effectively cannot be done alone – collaboration is key, but we first need to learn how to collaborate. Taking inspiration from the multi-stakeholder mobilization around COVID-19, where researchers, governments, health care and other essential workers tirelessly fought at the forefront of the crisis to minimize its effects on the general public, our current food systems too require a similar, urgent approach from the global community.

Next-generation innovations find it difficult to understand why certain stakeholders are hesitant around collaboration. Building restrictive barriers to entry for food systems involvement disincentivizes valuable perspectives, especially those from underrepresented groups like the next-generation, from getting involved – although they still do push for active engagement. It is on food systems actors as a whole to ensure the next-generation can freely express their positions – something we should celebrate and amplify. Especially since these innovators are our future food systems leaders, the ones for whom we build our future food systems.

Meaningfully engaging with next-generation innovators is easy with the right mindset and tools. Here is what we can (and should) learn from next-gens – as covered by Christine in her forthcoming book, “The Changemakers Guide to Feeding the Planet”: