The UN has declared 2022 the International Year of Artisanal Fisheries and Aquaculture, and for good reason too. Seafood is a vital source of nutrition and livelihood for billions.

In the last 25 years, the production of farmed fish, shellfish and algae – a practice known as aquaculture – has more than tripled to meet growing demand and is expected to increase by over 16% by 2030. Today, more fish are farmed rather than caught in the wild.

Unfortunately, in too many cases today, aquaculture is a big part of the problem. Many fish farms end up using wild-caught fish as food, which is actually adding to the problem of overfishing instead of solving it. The runoff they create causes water pollution from farmers’ usage of antibiotics and pesticides, as well as eutrophication that leads to algal blooms and dead zones. The escape of non-native farmed fish into nearby waterways can potentially displace native fish. Climate change, habitat loss and disease all pose hazards to aquaculture practices and the environment. Considering the rate at which the sector is growing, we need to find solutions – and fast.

This is why Thought For Food (TFF) is partnering with NEOM for the ‘Blue Food Revolution’ Topical Prize as part of this year’s global TFF Challenge.

➡️ Did you know? ‘Blue food’ is defined as all edible aquatic organisms, including fish, shellfish and algae from marine and freshwater production systems (aquaculture and fisheries).

NEOM is especially excited to see solutions that embody its values of sustainability and marine conservation, while improving productivity. These solutions will help the Kingdom of Saudi Arabia ensure a secure food future by producing 600,000 metric tons of aquaculture products by 2030.

Can aquaculture feed the world sustainably?

Luckily, there has been an eruption of exciting innovators and startups all over the world who are focused on developing solutions for more sustainable aquaculture. They are leveraging cutting-edge science and technology and reframing business models to ensure that blue foods from aquaculture can make a positive systemic impact on health, (smallholder) farmers and the environment.

What then will the future of aquaculture look like? Will it be in coastal areas? Perhaps it will be miles from the sea, in freshwater ponds owned by smallholder artisans? Maybe it will be nowhere near water at all, but in a lab… or in space!

Let us dive in and sea… (Like what we did there?)

Tanzania’s NovFeed is changing the game when it comes to what we feed fish. This company is using bacteria and blackfly larvae to recycle organic waste into high-protein food for fish.

NovoNutrients in the United States works with microbes to generate protein meal. The venture is raising Series A funding round in support of its pilot program to convert waste CO2 into high-protein feed using naturally occurring bacteria optimized for metabolizing multiple gas mixtures. Their main product, which is over 75% protein and high in essential amino acids, has many potential uses, including food for human consumption, but its first aim is to disrupt fishmeal with a more sustainable alternative.

It is not just fishmeal that can pose an environmental hazard. Fresh water is an increasingly scarce resource, yet aquaculture is thirsty for it. To keep fish healthy, water needs to have enough oxygen for the fish to breathe.

Banoo is an Indonesian startup that took home the Grand Prize in the 2020 TFF Challenge. They have developed a microbubble generator, known as MycroFish, that improves water quality in inland fishponds by increasing dissolved oxygen levels. The other available alternative on the market is a type of water wheel that requires a lot more energy to run. This is not a great fit for a country that faces scarce or unstable access to power in many regions – particularly in rural areas where smallholders have their ponds.

“That’s where we come in,” says Azellia (Selly) Alma Shafira, CEO of Banoo.“We want to reduce the risks of aquaculture for farmers, so that they don’t invest all this money into feed and electricity just for their fish to die.”

Banoo’s right-sized, accessible solution specifically targets Indonesia’s three million or so smallholder aquaculturists, many of whom are off-grid. With the next edition of its microbubble generator being solar-powered, they are helping farmers reduce energy costs and fish mortality, while also increasing their productivity and profitability in a sustainable way.

“MycroFish improves the rate of fish growth by around 70%, which is double that of the current alternative,” says Selly. “Instead of three harvests a year, we can help farmers get to four – or help those who harvest every day to increase the weight. They’re more productive.”

Another way that farmers keep their fish healthy is by renewing the water in fishponds regularly. This involves emptying ponds, which uses enormous amounts of water. This practice also leads to excess nitrogen from fish manure ending up in rivers downstream, thus contributing to pollution and eutrophication of waterways and the ocean.

Mexico-based microTERRA’s solution to this is found in lemna, a tiny aquatic plant that thrives on the nitrogen and phosphorus-rich manure produced by fish. Lemna cleans the water in ponds without farmers having to recycle it. The lemna crop can then be harvested and processed to make a high-protein, high-value, functional food ingredient with great nutritional value and texture for plant-based foods.

It is a clever piece of circular economics: microTERRA pays aquaculture farmers to grow lemna, adding an extra revenue stream while making savings on water in the process. microTERRA then makes money through selling the lemna-derived protein.

“Our job is really to democratize lemna,” says Fanny Villiers, COO and Co-founder of microTERRA, the TFF Challenge 2020 runner-up.“We train the farmers to produce it in a way that brings a solution to their economics or water purifying processes. Then we make sure that there is a good market to sell the lemna, adding value to that by developing newer and newer ingredients to harness the potential of this plant.”

A tidal wave of blue products 🌊

Lemna is not the only aquatic plant with major potential to create value-added products that can change the world.

In fact, the sky is the limit if you ask Spira, a company in the US that is using genetic engineering techniques to unlock the potential of spirulina and create a range of carbon-neutral products that include, but are not limited to, edible ingredients, cosmetic ingredients, textile dyes, carbon capture and water purification. Spira work with a decentralized global network of smallholder spirulina producers. Its first product is Electric Sky, a vibrant natural blue pigment that can replace synthetic dyes in foods, cosmetics and art products. 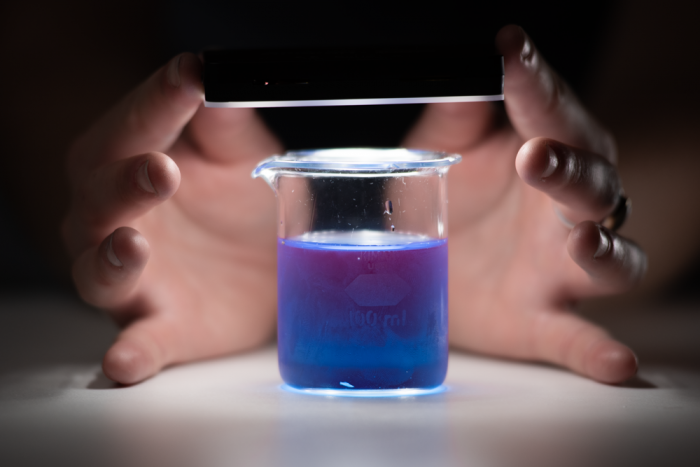 Another US-based company Loliware is using seaweed to upend the plastics industry by manufacturing a variety of bio-based polymers. Its first product is a “Blue Carbon Straw,” which naturally breaks down within six to 10 days in home composting and even faster in the ocean.

Some pioneering innovators are looking at how we can expand aquaculture’s potential in new and unexpected spaces.

Cultured Decadence, TFF Challenge 2020 finalists who were recently acquired by the new FoodTech unicorn UPSIDE Foods, is taking seafood production to the lab. The company is using cellular agriculture to grow real lobster meat from cells – an alternative source of protein for a highly polluting industry. Trawled Norwegian lobster is purported to emit more greenhouse gasses per kilo than even beef! 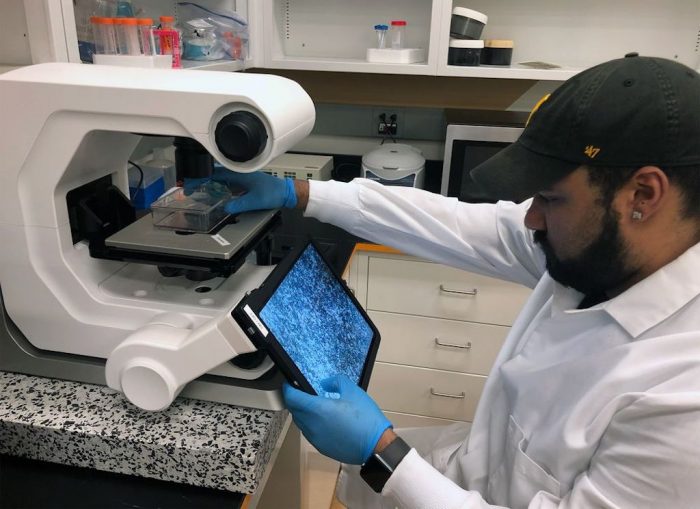 Other companies like Finless Foods, Wild Type and Shiok Meats are using cellular agriculture to culture other types of seafood options, from salmon to shrimps and beyond.

If lab-grown lobster seems a little out there, what about fish in the desert or even in space? That is the moonshot for Founder of Orbital Farm, Scot Bryson. He believes that fish are best adapted to grow in low or partial gravity compared to other aquatic animals – and as they are efficient feeders, their waste can be used to grow vegetables.

Kairos, winner of the TFF 2021 Nutrition in Africa Topical Prize, is based in Ethiopia. The project is taking a more down-to-earth approach, using the principles of aquaponics to integrate fish, vegetable, and poultry farming into circular production systems that can be deployed in cities.

“Sixty to 70% of production costs for fish and poultry are incurred by feed,” says Abyssinia Gebrehiwot, Head of Operations at Kairos. “We are integrating fish, vegetable and poultry farming in a circular system. Chickens produce nutrient-rich manure that can be used as food for our fish and can actually cut costs for fish feed by half.”

By building these farms on the outskirts of cities, close to where they are needed, Kairos aims to supply food to almost ten million low- and middle-income households by 2027.

What is the future of aquaculture?

“When people think of fish, they think about capture fisheries. At the beginning of our journey, it was very hard for us to see the light in the aquaculture sector. There were many obstacles, but now people are paying attention. Aquaculture is this disruption that shows people there’s a different way to do things, and we can still nourish people with fish protein.”

“The future is NOW for aquaculture. There’s a lot we still have to unlock, but the future is very, very bright.”

If you have an idea or startup related to improving aquaculture or our food systems as a whole, the TFF Challenge is a great place to start. Find out more at www.thoughtforfood.org. 🏃🏽‍♂️ Registrations are open until July 14th!